How to Build a Highly Effective IoT Development Team

In 2021, a Forrester IoT survey found that 80% of IoT product makers encountered pitfalls during development. Three quarters said that demand for IoT developers was outstripping supply.

In another study, 75% of managers said they struggled to find and hire quality engineers for IoT and embedded development projects. This has been a constant concern for companies over the past two decades.

When asked about the key factors holding back Industry 4.0 evolution, 30% of IoT practitioners and product managers answered with “the lack of technology or ability to innovate”, and 21% pointed to IoT skills shortage, according to a recent IoT trends survey by Newark.

The research comes up with a thought-provoking finding: 61% of companies still don’t use any AI technology on their IoT projects, which is in part attributed to difficulties attracting the right AI talent.

​​According to the Microsoft IoT Signals Report, 47% of the respondents say they don’t have enough skilled engineers to implement IoT solutions.

While 50% of companies build their IoT solutions in-house, another 50% use a third-party provider for custom IoT and embedded solutions development, as per the latest research.

IoT and embedded development talent shortage is one of the primary reasons Western European and North American companies choose to offload their project development to specialist providers offshore or nearshore. Many are looking for deep domain knowledge, access to a senior and mid-level talent pool, appropriate industry certifications, and proven methodologies and IoT development approaches.

Before we delve into details of what it takes to establish a highly productive IoT development team, let’s figure the difference between IoT, embedded, and firmware.

Internet of Things (IoT) vs Embedded vs Hardware

It is crucial to understand that these three terms can’t be used interchangeably. However, they are closely related to each other. First, let’s define each of them to understand their differences.

Firmware is a software instruction written into the memory of a specific specialized electronic device. It performs low-level tasks such as the conversion of sensor signals. It is typically written in low-level languages ​​such as C or assembler and then translated into machine code to ensure that the hardware on a given device can read and execute that code.

Embedded is similar to firmware in that it is designed for a specific device. The main difference is written in high-level languages ​​like Java, C ++ or Python. Consequently, firmware tends to be more complex and therefore can perform high-level functions, including processing data and interacting with other devices. Interestingly, the firmware doesn’t require operating systems to solve problems. On the other hand, firmware requires a dedicated OS.

When an embedded system is connected to the Internet, it becomes an IoT device. Hence, the Internet of Things includes an array of physical objects that are equipped with integrated software and network connectivity that can be managed and updated remotely.

When it comes to IoT software development, you basically have two main options to choose from: build in-house or hire a service provider.

Regardless of the options, you should be 100% involved in candidate selection and hiring to ensure you get the best team that will allow you to get the most out of your IoT endeavors and investments.

Now let’s take a look at the benefits and stumbling blocks of each option.

IoT projects are engineering-heavy, and IoT development is pretty hardcore. One reason is that this requires many different technical skills from your engineering team. Here’s a list of some roles you may have in your IoT dev team depending on the project complexity:

Before hiring a team of engineers, you must define your business goals. And maybe we’ll create a quick prototype to validate our concept. Let’s assume you’ve already done this. Now, you need to use your talent.

On top of these skills, everyone involved in IoT dev projects must have a set of non-functional skills that affect technical decisions across the entire stack:

Let’s review some of the roles in detail.

Most IoT projects involve some non-standard hardware. The hardware itself is complex, so the difficulty varies greatly. Sometimes you can use ready-made designs. In other cases, you will need a complete redesign to the lowest levels.

The more hardware design is required, the higher the skill set. This means more expensive teams.

Are you looking to hire an experienced team for IoT/Embedded project?

Rinf.tech has been building custom embedded systems and providing dedicated teams for end-to-end IoT development since “IoT” wasn’t used as a term.

To turn hardware magic, you need firmware. This software is commonly referred to as firmware. (Because hardness is somewhere between soft and hard.)

This software is developed by developers who operate at a very low level, close to bare metal. This requires a specific skill set.

Typical skills in this category include:

Wireless communication is complex because it combines all the difficulties of the physical world with the complexity of software.

For large-scale IoT systems, wireless knowledge is required to define network and communication parameters properly. Consumer IoT systems require a wireless experience so that devices can seamlessly connect via Bluetooth to users’ smartphones.

Typical skills in this category:

In IoT, the backend is software that runs in the Cloud. It connects your IoT devices to users. This is where the database and business logic comes in.

Backend developers usually have experience in database and software development. DevOps skills are also extremely useful because you want your backend to run as smoothly as possible.

The front-end is what your users will see.

Any IoT project with users needs an interface. The interface should be user-friendly, secure, be compatible with the most common web browsers, and be constantly updated. Users don’t like bad or outdated interfaces.

Most, if not all, IoT projects require a mobile app. The app is part of the front-end – it is what the user sees. The skills of a front-end developer and an application developer overlap in many ways. But they are not always exactly the same.

Front-end developers focus on user experience. Application developers must focus on technology for this to happen. You need two versions of the app: iOS and Android. Thus, you need developers who can work with both systems. Sometimes a mashup developed in HTML is the way to do it. Most IoT developers are well versed in both native and hybrid frameworks.

Since IoT projects revolve around data, you need to understand the meaning of that data. This is where data scientists come in. Data scientists sort through complex data to find patterns and insights that ultimately determine value.

This is where automated testing comes into play. A systems integration and automation engineer should have significant hands-on experience and a lot of persistence because it is hard work.

Embedded system designers and developers have technical expertise in embedded hardware design, such as schematic input and PCB layout. It is also important for these specialists to have a broad knowledge of various topics such as algorithms, design patterns, data structures, and control systems. They should also be experts in software architecture and prototyping, firmware design, hardware testing, and system integration.

Moreover, the overall security of each project is the responsibility of the embedded software developers. When developing software and hardware, each step must be associated with different safety standards and regulations.

Check out some of our custom IoT projects 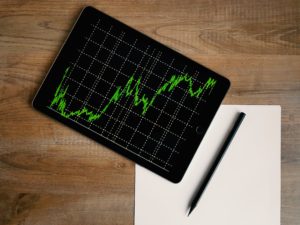 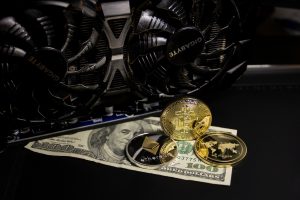 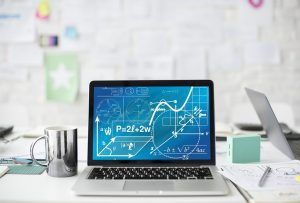 To build an IoT team in-house or to outsource?

According to Rootstrap, the average interview process takes the following amount of days to complete:

In some cases, the hiring process can take 3-6 months!

At rinf.tech, we can deliver a PoC project within 5-7 days thanks to our own pool of IoT and software developers and our ability to source top candidates fast from relevant engineering communities in Eastern Europe that we regularly support and contribute to.

If you hire an IoT developer in the United States, the annual cost will be around $102K, excuding taxes.

If you hire a developer in Romania or Ukraine with rinf.tech, you will pay an average of $40,000-52,000 per year for a good mid-level developer. This amount includes the developer’s salary, all taxes, and our service fees.

However, there’re working solutions for each of the above challenges.

Let’s look at how to embark on the IoT development outsourcing bandwagon to successfully build a highly secure, compliant, and scalable IoT solution.

IoT team augmentation can be a viable solution for enterprises and SMBs looking to embark on embedded and the newest technologies train fast and cost-effectively.

The following solutions prove to be extremely effective for our IoT clients.

1. Use a dedicated team model

One of the outsourcing models – a Dedicated Team (a.k.a. as Team Extension and Team Augmentation) – implies that the client is 100% involved in the project literally from the first day of engagement, at the candidate interview and selection stage, all the way through to the final delivery. The client is responsible for project planning, meeting the milestones, and the final product. The software company acts more as a team staffing and retention consultant and infrastructure and resource provider responsible for candidate screening and hiring, tools, workstations, and other resources required for effective project development.

In case you can’t or don’t want to be fully immersed in your project and team management, we can build a Coordinated Team or a Managed Team and take full care of your solution development.

It’s highly recommended that you partner with a software company that has its own R&D center for IoT and embedded development. R&D is a great way for many companies to build a PoC to validate a business idea or raise funds and accelerate innovation.

A great advantage of using an external R&D team is that you can run pilot projects and experiment with the emerging technologies in a cost-effective way and much faster than your competitors, who struggle to hire talent locally and tend to build everything in-house. Time to market an innovative solution is precious, and the competition is fierce, so it makes a lot of sense to use third-party R&D to gain a solid competitive edge and ensure future readiness.

3. Pick a strong Tech Lead for your project

Most IoT projects are complex and often require multiple technologies and components to be designed and integrated into a customized solution. There is a lot of ambiguity in such projects, and they hardly ever go according to plan. ” The project manager needs a strong technical leader to deal with or clarify this complexity. Without strong technical leadership, PM is left to make technical decisions based on insufficient information.

IoT innovation can’t happen overnight. Yet, the sooner you start building the foundation for it, the higher the chance you’ll survive tough competition for talent and ideas in the future.

We recommend that you break your IoT dev project down into manageable phases, or start with a proof-of-concept stage where you can try to prove with relatively low risk that your IoT project plan will work.

Align your dedicated team with your corporate brand identity and motivate developers by encouraging regular knowledge sharing within and among your outsourced and in-house teams, arranging business trips to your HQ or main delivery center, going out with the team to celebrate a successful milestone, etc.

Do remember that an individual approach always works well.

Is your company ready to leverage the Internet of Things and make the most of its offerings? Embedded devices are widely used in both the industrial and consumer sectors. This number is growing along with the demand for skilled embedded software developers. Building your own firmware development team often comes with several risks and pitfalls.

Check out the interview with our Technical Director of R&D Embedded Bogdan Popescu on HackerNoon.