Why Is Hardware-In-The-Loop (HIL) Testing Important for Automotive Solutions?

Modern automotive Electronic Control Unit (ECU) applications are highly sophisticated systems. This is because ECUs, by design, process large volumes of data in real-time before rendering them to several other systems.

As ECUs are complex, you must engage in several combination tests to ensure functionality and response. For example, an advanced driver-assistance system (ADAS) leverages advanced algorithms to process data from different sources in real-time. This can be anything from cameras, a global positioning system (GPS), radars, and sensors that assist drivers in avoiding potential errors of judgment.

Now with autonomous vehicles in the mix, the stakes are even higher, and these data-heavy systems demand rigorous and comprehensive testing to be fool-proof.

This article addresses how HIL Testing works and helps bridge the gap between the automotive software component models and an actual object like a car.

What is Hardware-In-The-Loop Testing?

We can describe hardware-in-the-loop (HIL) testing as a testing methodology that reduces development time and improves test effectiveness during the development of real-time embedded controllers.

HIL simulations are the only viable option for automotive companies that want to build innovative machines while keeping costs down. This approach automates the testing process and introduces tests earlier on in the software development lifecycle.

HIL testing systems leverage mathematical representations of dynamic systems. These react with the embedded system that is being tested, often emulating the electrical behavior of actuators and sensors before sending it to the ECM. Similarly, ASAD HIL tests can also use physical sensors to simulate ECM emulations and generate actuator control signals.

HIL testing is crucial in the automotive industry because it comes with frequent updates. The alternative, regression tests, can be resource and time-intensive. As such, testing every possible scenario with these complex systems in an actual vehicle is not exactly a viable option.

Furthermore, performing tests and making changes at the final assembly can significantly delay the time to market, and costs can also quickly add up.

How Does Hardware-In-The-Loop Testing Work?

HIL testing methodologies use simulation and modeling techniques to cut down testing times and increase coverage when validating embedded software in automotive ECUs. This approach is crucial for use cases that are hard to replicate reliably in a lab or in the field.

By simulating sensors, mechanical components, and actuators to connect all the ECU inputs and outputs (I/O), you’ll have a much better chance of deploying an efficient system once it’s finally integrated. HIL testing is able to do this by leveraging functional use cases, representative real-time responses, and electrical stimuli.

As self-driving cars and electric vehicles evolve, HIL testing is critical to ensure safety and reliability. It’s also vital now because of increasingly connected, interdependent systems and vehicle domains. This is because all these different elements come together to contribute to crucial automobile attributes.

HIL simulations help bridge the gap between software component models (or models-in-the-loop) and an actual object like a car or a building for each HIL test. HIL testing also empowers ECU design teams to build the engine controller confidently while the mechanical team works on the engine.

As the ECU interfaces with an automobile via analog, digital, and bus (or messaging) I/O, you can also physically test an ECU by generating and consuming electrical signals. You can achieve this by placing HIL to emulate an automobile.

HIL simulations can range from testing the control of something simple like blinkers to even running firmware regression tests on flight controllers. You can also run different tests with different contexts. For example, you can run HIL tests to evaluate timing requirements like communicating with other ECUs and synchronizing automotive start-up sequences in real-time.

An advanced HIL test controller will run multiple models itself to better emulate vehicle behavior. This approach helps engineers who want to inject faults intentionally and observe how the ECU responds to them. 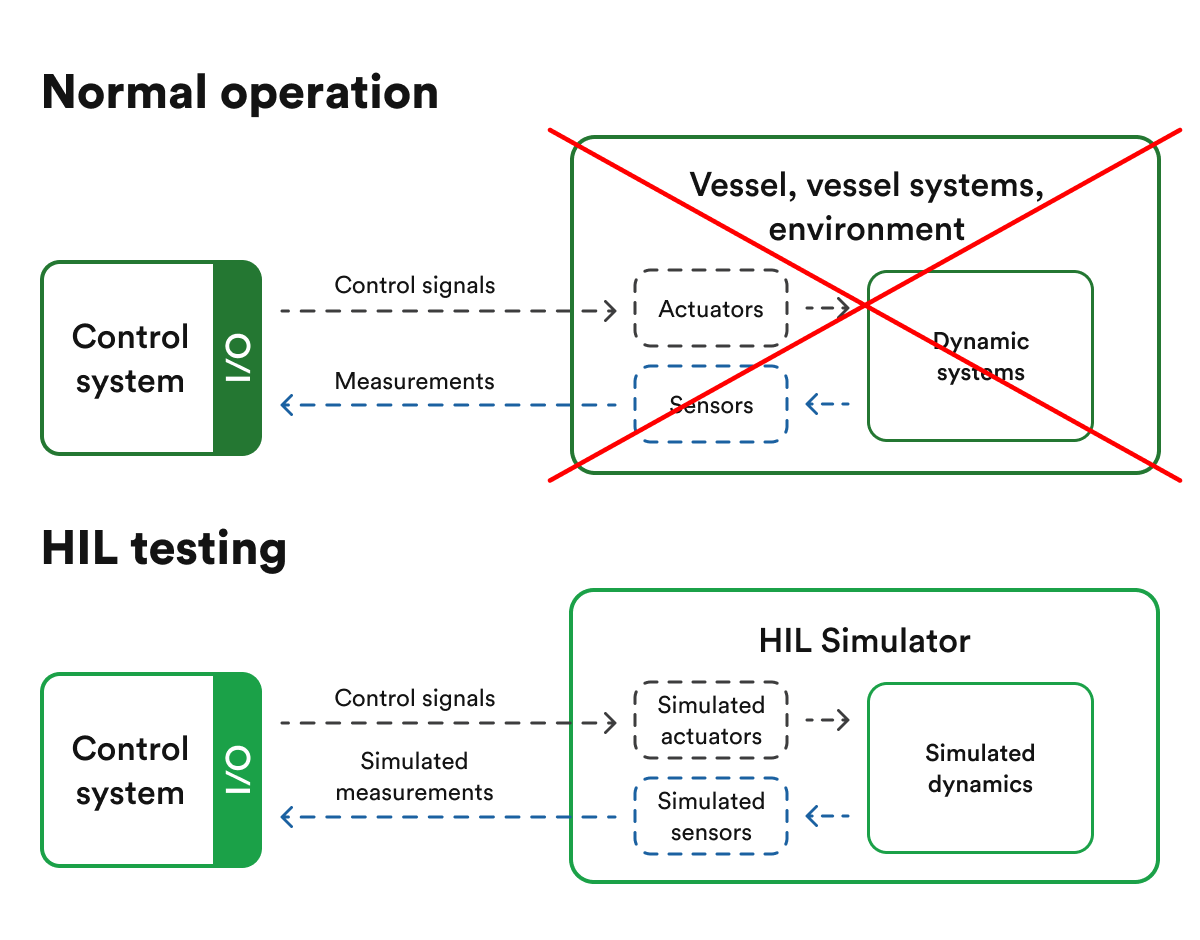 Are you looking to hire a specialist provider for your Hardware-in-the-Loop Testing project?

What Are the Key Benefits of Hardware-In-The-Loop Testing?

HIL testing is now a critical component of modern automotive software development because it comes with a whole host of advantages. For example, HIL test use cases can include scenarios deemed too dangerous or impractical to test on the road.

You can also easily repeat HIL tests cost-effectively. The same can’t be said for real-world tests. They are also much cheaper than running thousands of test scenarios on physical roads.

As HIL tests are highly automated, you can also include multithreading to conduct multiple tests simultaneously. This approach goes a long way to accelerate the development process and time to market.

HIL also supports a rapid software release process with identified system behavior and performance. As HIL simulations occur throughout the development process, potential errors and flaws are identified and rectified long before shipping it to the original equipment manufacturer (OEM).

Whenever automotive developers conduct HIL tests, the probability of call-backs is reduced significantly. As such, HIL tests are redefining automotive safety.

Wrapping up, the key benefits of HIL Testing for automotive software development include but aren’t limited to:

The inputs are fed quickly, and the outputs are readily registered. The same HIL hardware can be re-configured for re-use for other projects as well.

The signals are produced by real hardware simulating real-life scenarios, providing accurate and valuable information about the performance of the embedded system.

The output of the DUT can easily be matched with the related input signal for an insightful analysis of results: HIL testing allows to create an environment where the ECU is the only variable

You can fully automate the validation of your automotive software solutions via Continuous Integration (CI) and Deployment (CD).

How we helped a global manufacturer of agricultural equipment better assess their financial risks, make strategic investment decision and reinforce testing capabilities via HIL Testing
Check out the case story 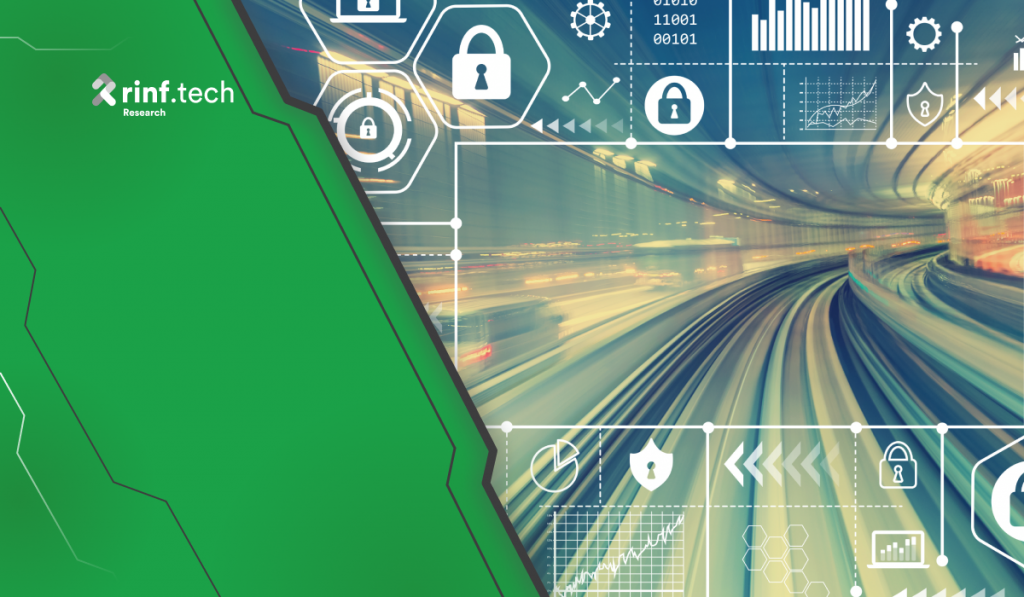 This article shares the findings and conclusions of the rinf.tech Automotive Cybersecurity study. 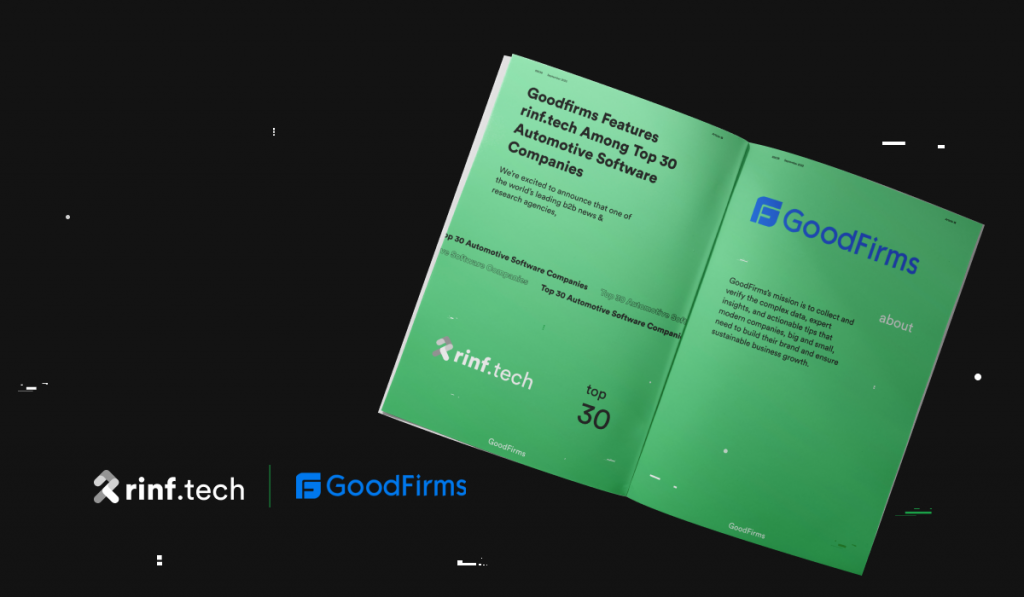 GoodFirms Features rinf.tech Among Top 30 Automotive Software Companies 2022 We’re excited to announce that one of the leading B2B research and review platforms, GoodFirms 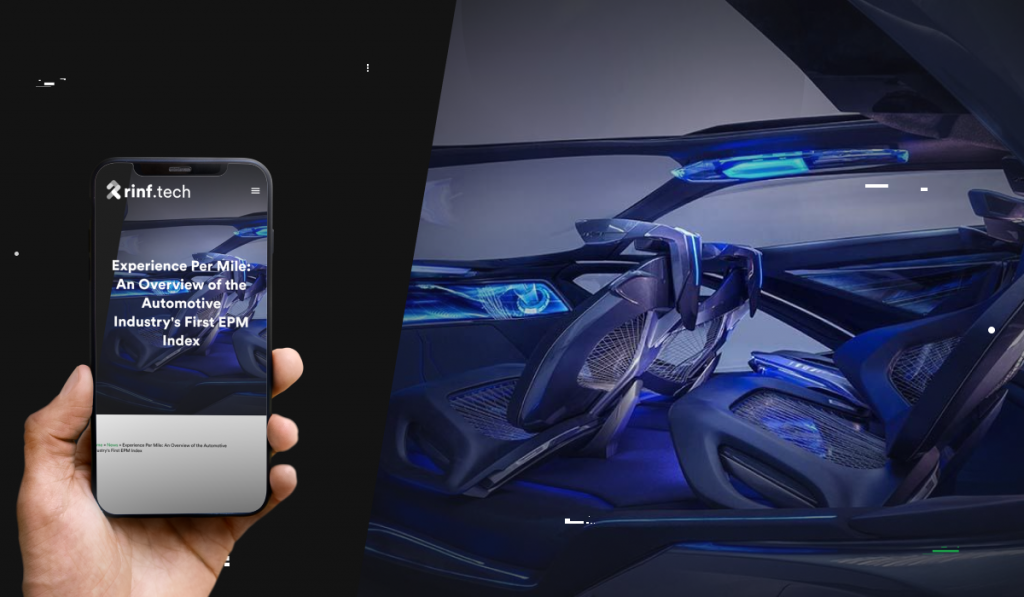 Experience Per Mile: An Overview of the Automotive Industry’s First EPM Index

This article provides an overview of the Experience Per Mile (EPM) Index as a new measurement of mobility experiences and how it can affect automotive software development.