IoT is Still Waiting for the Big Leap

The automation of everything from cars to combine harvesters or factories is just a fact of life these days. The hyperbole of the machines taking over the world in a Terminator-like scenario isn’t really hyperbole anymore (except maybe for the dystopian aspects).

Home » Insights » IoT is Still Waiting for the Big Leap

Since the IoT concept and pilot implementations explosion in the last couple of years, the technology’s expansion among industries is likely to continue in 2020, with connected devices and sensors, robotics, immersive reality and AI taking over the physical world with an unprecedented level of technological sophistication.

An overhaul of the existing IT infrastructures in order to enable intelligence for the next generation of technology will become more pressing than ever and a renewed focus on hardware needs, balanced with cloud and edge computing will be commanded by these technologies in order to harvest the rising opportunities.

Also, businesses that intend to reap the fruits of AI, robotics and other revolutionary technologies will need to concentrate their efforts on key processes and strategy.

Customer experience will be the growth mantra and that will presuppose empowering intelligent environments through smart investments in service design, infrastructure transformation, and hardware.

The perils and opportunities of 2020

More and more tech analysts, economists and sociologists alike regard the IoT tidal wave as a possible third industrial revolution. The aforementioned converging technologies promise to power the post-industrial economies, after the steam engine in the 18th century and then steel production, electricity and the automobile of the second industrialization wave were the revolving technologies.

Research firm Gartner predicts more than 30 billion devices on the IoT by 2020, with product and service suppliers generating $300 billion+ in revenue. Industrial IoT will drive $177B in cost reductions as well.

Smart tech finds its way to every business and consumer domain there is — from retail to healthcare, from finances to logistics. Advances in IoT-connected biotechnology will take healthcare to the next level, with around-the-clock monitoring, targeted treatment and even automated doses of medication. Consequently, a missed opportunity strategically employed by a competitor can become a long-term failure for companies who don’t innovate.

Internet of Things is here to stay. The instrumentation of everything from cars to combine harvesters or factories is just a fact of life these days and the hyperbole of the machines taking over the world in a Terminator-like scenario isn’t really hyperbole anymore (except maybe for the dystopian aspects…).

One of the big changes brought by IoT in the last couple of years is that information technology (IT) and operational technology (OT) that have traditionally been separate domains, started to interact differently, with IIoT (industrial IoT) deployments forcing IT teams and OT teams to work closely together to achieve success. What was once considered a wide gap between the IT and OT sectors will be more and more bridged thanks to the recognized collaboration needed to successfully deploy IIoT solutions and initiatives, with the OT affecting the design of IIoT apps.

The main issue in 2020, of course, remains security. From the standpoint of the IT networking professionals, implementing IoT can be like actively inviting security breaches. It’s a massive challenge for an IT admin, putting hundreds of thousands of low-cost, high-risk devices on the network. The divide between IT and OT is one of the central causes of the security problem. Most of the sensors for IoT are made by companies that have experience in their particular area — oil drilling equipment makers, industrial vendors, medical device manufacturers, etc. Such companies are used to deliver value for money and bringing the price point down on sensors affects security. The sheer volume of new endpoints and types of endpoints flooding into the market in the next few years makes a serious breach all but certain.

Analysts expect attackers to target both consumer and enterprise IoT devices for ransom, with cybercriminals possibly attempting to exploit regular customers and device manufacturers. They will block the connection or operation of connected products such as home lighting or manufacturing machinery until the product maker pays a large ransom.

There is no way around the security pain. Designers must work closely with security teams in the company or hire experts that can integrate risk-mitigating techniques to prevent attackers from taking advantage of IoT devices.

More interconnected things means more security problems, and with 5g deployments continuing to roll out in 2020, it is likely attacks will follow. The prospect of 5G eventually becoming a foundational protocol could mean that everything from surveillance and traffic cameras to vehicles is connected via the protocol. The surface of attack means whole neighborhoods can be paralyzed, cities or even countries. Telecommunications and infrastructure firms are pushing 5G for an array of use cases, including in the industrial realm, and not necessarily taking in the account that 5G being used for critical industrial processes is a potentially risky proposition. Moreover, many industrial environments deploy outdated, legacy devices. “Adversaries will begin to target these environments, bringing dire consequences such as unauthorized changes to configurations that make industrial processes do something they are not supposed to do, thereby resulting in an industrial accident, outage or even environmental excursion”, says Jason Haward-Grau, chief information security officer at PAS Global. 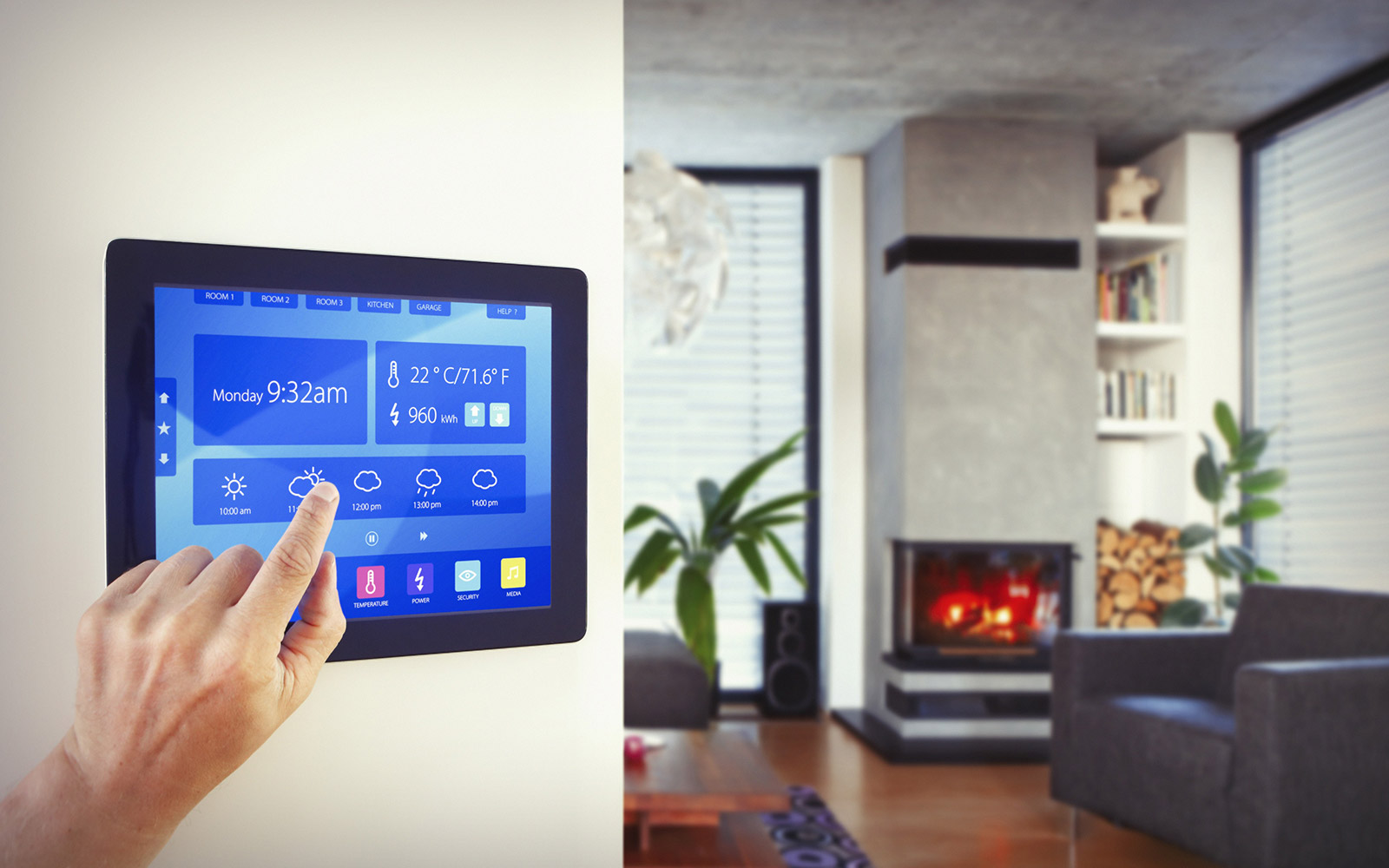 The security issues must be dealt with in order to get to the sweet efficiency fruits IoT promises. In the trucking sector, IoT will forge better insights into what trucks are carrying, preventing less deadheading, or trucks carrying around empty loads.

IoT will also pave the way for increased truck driver assistance, or technology that notices fatigue or inattentiveness. While fully self-driving trucks are still at least 10 years ahead, movement toward self-driving technology on the highway will progress in 2020.

IoT’s efficiency and safety promises will also transfer over into the supply chain, with IoT devices used to safely operate machinery and move items around on automated carts in warehouses. Businesses will expand on the technology in 2020 as it’s added to more products and business operations. The trend towards customer-centricity means that just as the market has come to expect updated digital experiences, it will begin to expect the same from experiences in the physical world.

Another trend detected by analysts is the smart speaker displays proliferation. 41 million US households have smart speakers in 2019, and other markets are next as suppliers do the necessary language and cultural adaptations for various markets In 2020, Amazon, Baidu, and Google will drive major adoption of smart displays (smart speakers that have a phone, camera, or tablet-sized screen to enable visual responses and interactions). Possibly these devices will also play a growing role at the workplace.

In 2020 is also likely we’ll see a major product-as-a-service ecosystem launch because the connected products create a constant communication flow between customers and product maker, generating costs for product makers. So it’s foreseeable an ecosystem with a major consumer or B2B provider converting from product sales to an IoT services offering, backed by partners.

Around 3.6 billion devices that are actively connected to the Internet and used for daily tasks, the introduction of 5G opening the door for more devices and data traffic, the increased adoption of edge computing which will make it easier for business to process data faster and close to the points of action- these are the big moves we will see in 2020. Secondarily, the major cloud vendors, including Amazon, Microsoft, and Google, are increasingly looking to compete based on their AI capabilities, because artificial intelligence is instrumental to process the vast amounts of data collected and increase its value for the business.

In 2020 enterprises will start to move away from cloud-driven IoT deployments and more towards systems that do their computing close to the edge, the so-called edge computing. The cloud can be a limiting factor in many deployments, mostly due to the incumbent delay involved (sending information from a sensor all the way back to a public cloud, processing it there, and having the results sent from the cloud to the user). And that is limiting from an application performance point of view. Over the coming years, it’s likely that tech will shift to a balance between the cloud and more distributed, edge-powered devices.